Get ready for some side-splitting laughs with Neighbors. Seth Rogen and Rose Byrne star as a couple who deal with a fraternity that moves in next door led by Zac Efron. Family, parties, babies, boobies and mayhem ensue in this hilarious romp.

When a couple and their newborn baby find a home, they think everything’s on the up and up — that is until a fraternity moves in next door. After trying to be “cool” adults, they’re forced to take matters into their own hands to protect their child from their raunchy neighbors.

Neighbors is the first fantastic comedy of the year. It hits all the right notes with laughs, shock and heart. The ensemble is solid and you’ll find yourself wanting to see it again.

When I think of French directors who used film as a medium for personal expression, director Jean Cocteau is among the best.  He was not only a poet, playwright, and filmmaker, he was also an artist, designer and novelist.  With Orpheus, Cocteau demonstrates yet again why he’s a legend of French art and cinema.

In Greek mythology, Orpheus is a musician who can charm everyone and anything, including inanimate objects.  However, he suffers the death of his wife, Eurydice, whom he must then bring back from the underworld.  Cocteau’s Orpheus is a modern and twisted version of this myth, taking place in Paris and featuring a young famous poet in the role of Orpheus (Jean Marais).

In addition to the parallels with Greek mythology, Orpheus is a complex and poetic film with a lot of subtext.  Weaved within its multitude of layers is a mufti-dimensional universe dealing with themes such as death, love and the unconscious.  In fact, “Death” (Maria Casares), is an actual character in this plot, and one involved in a love triangle of all things.  Unless you have an understanding of these layers, this film can feel inaccessible and almost purely surreal.  But even if this is the case for viewer, Cocteau’s philosophical tone and his artistic and technical gifts are enough to make this a stimulating experience.

Orpheus takes us into a world of magical elements, and the filmmaking techniques employed by Cocteau are astonishing in achieving some of its imagery.  Watch closely during scenes involving a variety of tricks and special effects.  Due to their brilliant simplicity they hold up beautifully still today.  Filled with a constant and seamless mixing of perspectives, camera angles range from high angles to low angles, while also being juxtaposed with jump cuts, dutch angles and effective tracking shots.  If this seems as though it’d be disorienting, it is, though the subject matter makes this all a fitting approach.  That the surreal world in which we navigate is difficult to fully comprehend is mostly a welcomed byproduct of the psychomythic levels in which this film plays.  There are times when it all feels a bit avante-garde, which again is suitable since this is a product of Jean Cocteau’s imagination.

During his career, Ebert was a master of explaining complicated character relationships, and his review of Orpheus is no different.  Not only does he dissect the significance of the human dynamics at the heart of this story, he eloquently describes how Cocteau’s taste for magic and enchantment is so magnificently showcased within this film.  I agree with Ebert that one of Orpheus‘ most appealing qualities is that it doesn’t feel like a film guided by commercial formulas.  Instead, it feels like a personal project stemming from “the wellsprings of Cocteau’s unconscious.”  We get some back story on Cocteau addiction to opium and how “as a fellow traveler of the surrealists he was not shy about bizarre imagery.”  What I found to be especially interesting about Cocteau is Ebert’s take on how his many talents were sometimes perceived.  As Ebert informs us, “The joke was that if he had stayed with one thing–poems, painting, films, whatever–he would have been hailed as a master, but the public distrusted his versatility.”  In a society that increasingly attempts to put labels on people, someone like Cocteau signifies a manifestation of how every individual’s interests can be taken as indications of that persons complex passions and motivations.

Think Like a Man Too has big shoes to fill. Its predecessor, Think Like a Man, was a box office success and fan favorite. The sequel maintains what made the first film a hit, but a few unnecessary additions keep it from greatness.

Overall:
Think Like a Man Too isn’t as great as the original. But its likeable and hilarious cast are still worth watching.

The Rating: 7/10
Think Like a Man Too is now playing in theaters everywhere.

When any movie-goer first takes a glance at the latest Tom Cruise film Edge of Tomorrow, it appears to be another ho-drum sci-fi action story that may easily get washed away in the sea of high budget movies out this year. What audiences won’t expect is a surprisingly thrilling, and at times comical, sci-fi movie that is yet another fine addition to what’s beginning to look like one of the better summer movie seasons in a long while.

Plot Synopsis:
The future is looking bleak for humanity as the arrival of the terrifying “mimics” could wipe out all of humanity. The world has been fighting against these strange alien creatures for years, and now they’re ready to make their sudden assault on them and hope to gain the upper hand. Unfortunately for Officer Cage (Cruise), he gets caught up in the strangest situation as they storm out to fight the “mimics,” being pulled into a time loop that could change the course of this battle for better or for worse.

Overall:
Edge of Tomorrow delivers what more than likely is one of the best sci-fi action flicks to roll out in theaters this summer, compact with a tight story, talented cast and some really magnificent action sequences. 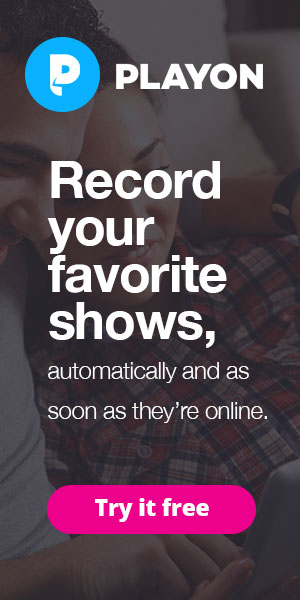